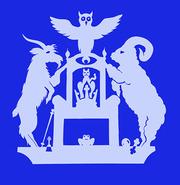 Root and Thorn
archivist for 7 years

This book cannot be viewed because it is under review by the Million Books Project
Topic: -

Duke University Libraries, Utopian Literature
The smoky god; or, A voyage to the inner world
by Emerson, Willis George, 1856-1918; Williams, John A
texts

Folkscanomy: Fringe and Off-Center
Log in to view this item
1984 - English
by George Orwell
movies

Community Texts
The Unseen Hand
by Ralph A. Epperson
texts

494 pages It is the contention of the author that the major events of the past, the wars, the depressions and the revolutions, have been planned years in advance by an international conspiracy. This view is called the Conspiratorial View of History, and is definitely not the view held by the majority of historians today. The more traditonal view is called The Accidental View of History, and it holds that no one really knows why events happen - they just do. Notes: - original scan copy,...
Topics: New World Order, Secret Societies, Freemasonry, Mystery Babylon

Joost Abraham Maurits Meerloo (March 14, 1903 â November 17, 1976) was a Dutch Doctor of Medicine and psychoanalyst. Born as Abraham Maurits 'Bram' Meerloo in The Hague, Netherlands, he came to United States in 1946, was naturalized in 1950, and resumed Dutch citizenship in 1972. Dr. Meerloo was a practicing psychiatrist for over forty years. He did staff psychiatric work in Holland and worked as a general practitioner until 1942 under Nazi occupation, when he assumed the name Joost to fool...
Topics: hypnosis, covert hypnosis, NLP, Neuro Linguistic Programming, casual hypnosis, hypnosis techniques,...

The Medical Heritage Library
A century of vaccination : and what it teaches
by Tebb, William Scott,1862-1917
texts

Synopsis: In this episode, Curtis examines the rise of game theory used during the Cold War and the way in which its mathematical models of human behavior filtered into economic thought. The program traces the development of game theory with particular reference to the work of John Nash (famous from "Beautiful Mind"), who believed that all humans were inherently suspicious and selfish creatures that strategized constantly. Using this as his first premise, Nash constructed logically...
Topics: the trap, adam curtis

The Power of Nightmares , subtitled The Rise of the Politics of Fear , written and produced by Adam Curtis. Details the rise of the American NEOCONS (Neo-Conservative/Israeli movement and Radical Islam, with comparisons on their origins and strong similarities. Curtis argues that the threat of radical Islamism as a massive, sinister organized force of destruction, specifically in the form of Al-Qaeda, (& its later offshoots ISIS, Boko Haram, Free Syrian Army, etc),is in fact a myth...
favoritefavoritefavoritefavoritefavorite ( 1 reviews )
Topics: war on terror, False Flag, Islam, Adam Curtis, ISIS, Neocons, Israel, 911, patriot act, terror,...

Oklahoma City - What Really Happened? Explore the evidence surrounding the infamous Oklahoma City bombing that the federal government refuses to look at. Timothy McVeigh evidently was guilty - but of what? And along with whom? Why were undetonated high explosives secretly removed from the building after the bombing? Why were there high explosives illegally in the building before the bombing? Eyewitnesses testify that McVeigh had other accomplices with him. Why were these individuals not...
Topics: 1993, oklahoma city, oklahoma city bombing, murrah building, mcveigh, timothy mcveigh, history,...